The shortest way to discover the diverse India

DELHI - - The National Capital of India is one of the most historical cities in the world. In AD 1639, the Mughal emperor shah Jahan built a walled city named Shahjahanabad which served as the capital of the Mughal Empire from 1649 till 1857. Shahjahanabad is known as Old Delhi. Later the British architect Sir Edwin Lutyens built a new city during the 1920s called New Delhi or Lutyens Delhi. 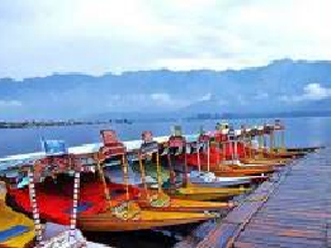 After breakfast, transfer to Delhi airport to board the flight to Srinagar. Upon arrival at Srinagar, meet & assist by our representative and transfer to the houseboat/hotel for check-in. After lunch, proceed for Srinagar city tour visiting Mughal Gardens, Nishat (Garden of Pleasure), Shalimar (Abode of Love) Mughal laid Out in the 16th century & these fall along the bank of Dal-Lake in the heart of Srinagar City & Shankaracharya Temple located on a hillock, thus providing panoramic view of entire City, along with famous Dal-Lake & River Jehlum, evening return back to houseboat/hotel at Srinagar. 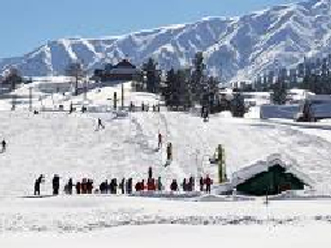 After breakfast, leave for a full day excursion to Gulmarg (Meadow of Flowers), 2730 mts above sea level. Gulmarg has one of the best Ski slopes in the world and highest golf course of the world with 18 holes. One can also have the view of Nanga Parbat if weather permits. The view enroute from Tangmarg to Gulmarg is fascinating. Also enjoy sledge riding on snow or Gondola ride (Cable car) up to Khilanmarg to enjoy the fascinating view of Peerpanchal range and for pony ride. Late in the afternoon drive back to Srinagar. 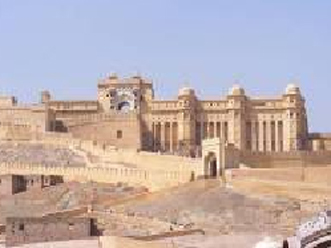 After breakfast, transfer to Srinagar airport to board the flight to Delhi. Upon arrival, meet & assist by our driver and drive straight to Jaipur. JAIPUR – Named after its founder Maharaja Sawai Jai Singh II was established on 18 November 1727. Jaipur is considered as the first planned city in the country. In 1878AD, Jaipur was painted with Pink color to welcome Prince Albert, consort of Queen Victoria and since then the city is also known as “Pink City”. Upon arrival in Jaipur, check-in to the hotel.

Sightseeing – Early in the morning we will leave for an excursion to Amber City; the capital of Kachhwahas for six centuries before the foundation of Jaipur City. Ascend the Amber Fort with a traditional royal experience of Elephant ride. Within the Fort complex we will visit Sheesh Mahal, Diwan-e-Aam and Dowan-e-Khas. Later drive back to Pink City. En-route a short photo-shoot in-front the Jal Mahal, a small palace set in the middle of Man Sagar Lake. Afternoon visit to the City Palace, situated in the heart of the old city occupies about one seventh of the Old City. Within the City Palace we will visit Mubarak Mahal, Clock Tower and City Palace Museum, Later we will visit Jantar Mantar Observatory, built in 18th century by Maharaja Sawai Jai Singh to study the movement of constellations and stars in the sky. The enormous sun dials still provides the accurate time. Before returning to your hotel, take pictures in-front the Hawa Mahal, ‘Palace of Winds’ a five storied semi-octagonal building having 152 windows was built in 1799 AD by Maharaja Pratap Singh for the royal ladies to enjoy the processions and other royal activities on the street. 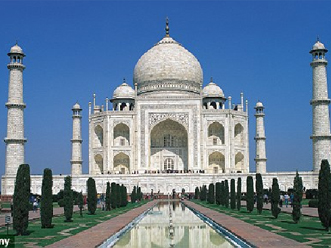 After breakfast, drive to Agra. Upon arrival, check-in to the hotel and later proceed for a guided tour.

AGRA –– Located at the bank of River Yamuna was known then as Akbarabād during Mughal Empire and remained the capital of the Mughal Empire under the Emperors till 1689.

Sightseeing –Afternoon visit to Agra Fort; also known as the Red Fort is a world heritage site listed by UNESCO. The red sandstone fort was converted into a palace during Shāh Jahān's time, and reworked extensively with marble and pietra dura inlay. Later proceed to visit Taj Mahal at sunset. Taj Mahal; one of the new Seven Wonders of the World. Shah Jahan built this beautiful monument in the memory of his beloved wife Mumtaz Mahal. It took 22 years and 20000 workers to complete this perfectly symmetrical monument. After visiting Taj Mahal, spend some time in shopping souvenirs. 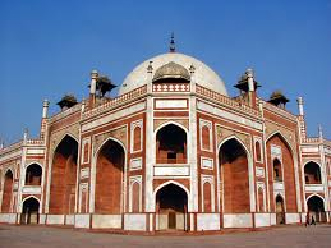 After breakfast, check-out from the hotel and drive to Delhi. Upon arrival, check-in to the hotel and later proceed for a guided tour of Old Delhi.

Sightseeing –After breakfast, check-out from the hotel and drive pass through India Gate, Parliament House, presidents house and proceed to visit Raj Ghat; the final resting place of Mahatma Gandhi, the father of the nation. Further visit to Jama Masjid; built by the Mughal Emperor Shah Jahan. It is one of the largest and best known mosques in India. Further, we will drive-pass through Chandni Chowk Market; Asia's largest wholesale market and Red Fort; a beautiful red sandstone fort built by the Mughals.

After breakfast, on time transfer to Delhi international airport to board the flight to onward journey.